There are many civilians who are interested in eating MREs which are Ready-to-Eat meals that soldiers in the military carry to the field. These pre-made meal packs are lightweight, making them easy to carry and they are made in a way that makes them last a long time and safe to eat and requires only water for preparation. Here we will take a look at the facts about MREs and we will review the Eversafe brand for civilian use.

The History Of MREs

While they were quite different, the very first form of this type of meal for soldiers was created for those fighting in the Revolutionary War. These meals were made to feed a man for a single day and the meal consisted of rice, peas, and beef. By the time America found itself in the Civil War, canned foods had become more prominent. During this era, a complete ration would include canned meat such as pork along with bread, sugar, salt, and coffee. 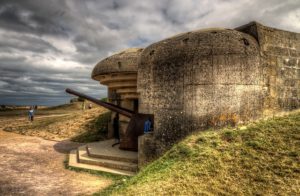 When World War 1 began, the field rations had yet again developed into something a little bit different. During this era, instead of having canned meats, the ration would include dried meats such as beef jerky which made it very light to carry and allowed soldiers in the field to bring more food. During World War II there were many field rations that were introduced but ultimately the military returned back to using canned food for rations.

After a great deal of experimentation that lasted between World War II and the Vietnam War, MREs began to be available. They came about because the military found that soldiers needed more than just meals that would satisfy their nutritional needs. When soldiers are in the field for extended periods of time they need food and rations to meet their taste as well as provide needed nutrition.

Another issue that came up with carrying food by soldiers who were on extended missions was the weight of the food. Very often these extended missions were under very difficult situations and required the soldiers to carry a lot of equipment. That equipment added weight and meant that food rations needed to be lighter so that they could carry the needed food along with the required equipment.

Ultimately, this all led to a hydrated meal that would be stored inside of a waterproof pouch. The biggest problem was its cost was high and for this reason, its use was limited. By the mid-1980s, however, an acceptable form of MREs that included a choice of 12 different entrees was realized.

The military continued to look for ways to improve the MRE and by 1990 the FRH which uses an exothermic reaction when water is applied meant that soldiers in the field could now enjoy a hot meal. The soldiers requested a wider choice of meals and in an effort to make them more appealing, commercial like graphics were added to the packages by the mid-1990s.

The Proper Use Of MREs

These meals each have around 1200 calories and they are made to be eaten for no longer than 3 weeks at a time. Most MREs are made so that they can last for up to three years. The packaging is designed to hold up under the riggers of military use. A governmental law states that the sales of any MREs that are made for military use are illegal to sell to civilians. Only MREs specifically made for civilians can be made publicly available for sale.

Eversave is a brand owned by Wornick. It is one of the three major companies that produces MREs for the military. It is also one of the first companies that produced them specifically for sale to civilians. Over the years, the company has struggled with its sales to civilians and as a consequence, it has made numerous changes over the years which has led to some confusion by consumers.

In 2001 they stop selling to civilians and they didn’t make civilian MREs again until 2005. They started selling these meals in pouches but then changed to a bowl design a few months later. Then, a while after that change they changed back to offering both types of MREs. Finally, in 2007 they again stopped selling MREs to civilians.

In 2008 they again tried marketing a completely different MRE for civilians. They tried to combine components from the military food ration along with more commercial type food. Because the same company had produced several different types of MREs all of which were being sold by distributors, the consumers became confused which hurt sales.

In 2009 they were finally able to come up with an MRE for civilians that worked. These MREs were made for civilians but were based largely on military components. This worked because the majority of people who are buying these civilian MREs are people that want the military style food portions. The majority of civilians that are buying these products are people that regularly do extended camping or hiking. Also, those who are considered Preppers who prepare for disasters that include invasion or natural disasters are among those who purchase this type of food.

Eversafe Civilian MREs are now considered the best by those wanting these food packs to be as much like those consumed by soldiers as possible. Anyone wanting to purchase this type of food is likely to be pleased with this brand.